How League of Legends Uses Colors To Affect Players’ Behavior

Everything is science if you look deep enough. 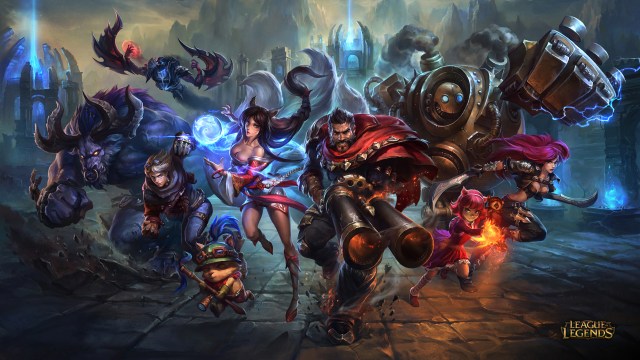 Even if you’ve never launched your own summoner into battle for another team’s nexus, you’ve probably heard about Riot Games’ constant efforts to make League of Legends a more civil and welcoming space for its players, using such tools as rewards for good behavior, temporary bans for bad behavior, and more. A whole lot more. Like, stuff you could write a psychology dissertation on, more.

A recent Medium article by science writer Jeremy Hsu takes a ridiculously in-depth look at how League of Legends treats its players like a virtual psychology lab in order to raise the level of “sportsmanship” among players. This isn’t just an solely altruistic cause for the company, of course—League of Legends is a free-to-play system, so the more players who don’t get driven away by harassment and toxic language from others, the more Riot Games can sell them non-essential items. But hey, if it convinces more people that telling strangers to kill themselves for not being good at a video game is wrong, what’s good for the goose is good for the gander right?

Anyway, the experiments first began with Lead Designer of Social Systems Jeffrey “Lyte” Lin,  who also has a Ph.D. in cognitive neuroscience from the University of Washington in Seattle. His “behavior Team” uses psychological tricks such as priming—aka, the using colors, words, or patterns into order to subconsciously influence someone—as a way to . Hsu writes:

In one study, called the “Optimus Experiment,” they tested five categories of messages displayed to players in red and blue, with white serving as a baseline for comparison. Among Western gamers, they found that a red message warning about the counterproductive results of negative behavior — such as, “Teammates perform worse if you harass them after a mistake” — led to a bigger drop in players having a bad attitude toward their teammates or insulting other players than the same message displayed in white. A blue message highlighting the benefits of positive behavior also helped reduce toxic behavior.

The experiment turned up some surprising results, too. Lin got some laughs from an audience at the 2013 Game Developers Conference when he revealed data showing how a positive message highlighted in red — “Who will be the most sportsmanlike?” — actually led to an increase in negative behavior.

If all of this sounds pretty similar to the user manipulation Facebook came out with last year, then you’re not wrong—like Facebook’s engineers, Lin’s team is performing experiments on a mass scale, on people who more or less don’t know they’re being influenced at all. However, the data produced by Riot Games suggests their efforts have had incredibly positive results. Another study they performed, during which the chat functions on abusive players was restricted to a limited number of messages, was found to be 4% more effective than just banning users outright. With 27 million daily players in League of Legends, that’s a lot of changed behavior for the better.

To learn more, go check out the full Medium article about Lin and his “largest virtual psychology lab in the world.” Do you think this kind of experimentation is worth it if it teaches players not to hurtful to one another, or is it a step too far?