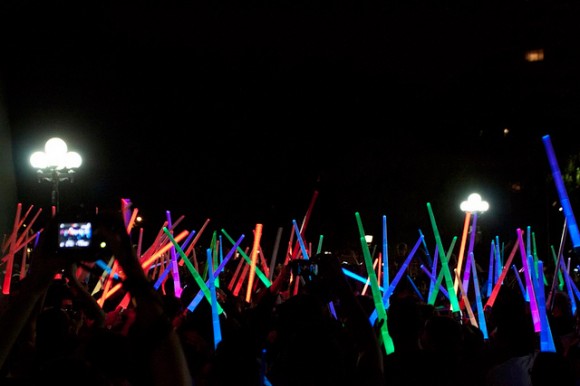 Somewhere around one thousand Star Wars fans (or just fans of semi organized chaos) gathered in Washington Square Park, New York City, this past Saturday, to sign up with the Sith or Jedi and whack glowing plastic tubes together. What it wound up looking like, though…

It, well. It looks like nobody listened when Mace Windu told them that this party was over. It looks like somebody was passing around the death sticks. 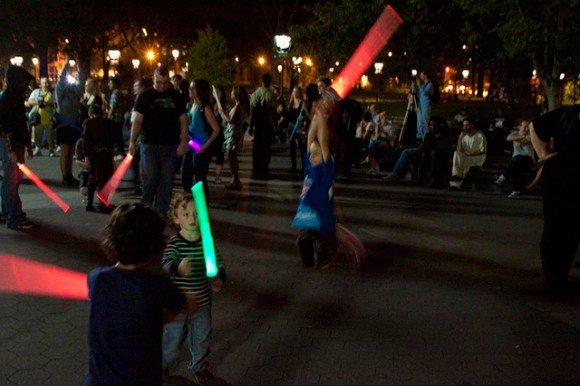 But we weren’t just being hyperbolic. With a population 1,000 strong, this might just have been the world’s largest public lightsaber battle. The last time I read about something like this was two Februarys ago, and in England. 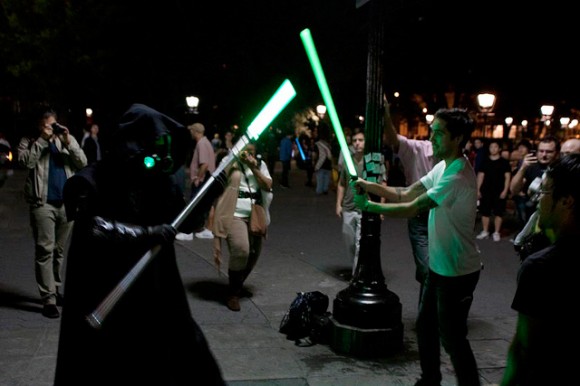 Obviously we can’t let the British set the world record (despite the fact that we pilfered their best actors to play… oh pretty much everybody who wasn’t a main character in original trilogy Star Wars) so good on Newmindspace for successfully organizing the fight. If “organized” can be considered a good description for this kind of chaos: