I’ll Say It: I Loved ‘Rick and Morty’ Letting Beth, Well … Love Herself

I was just a teenager when Rick and Morty first came out, and for a brief, beautiful moment in time, it didn’t have a certain “reputation” that made it hard to talk about. My friends and I could quote Gazorpazorpfield to each other without thinking anything of it. Of course, as with any piece of media that capitalizes on edginess and dickery, many people got the wrong message about it in one way or another, and thus second-handedly created a reputation for the show as a bastion of toxic masculinity.

And honestly, the critics of the show had some good points. As a result, I now feel embarrassed to admit that I’m even mildly curious about new episodes. Well, here’s where that ends. The latest episode in season 6, Bethic Twinstinct, really tapped into my inner self in a way that I didn’t think it would. And yes, that’s a contextual pun. Here’s where, if I were you, I’d stop reading if I hadn’t seen the episode yet and had any interest in doing so.

By the time the series’ sixth season starts, Space Beth—the maybe-clone-maybe-not-a-clone of Beth, Rick’s daughter—is crashing with the Smiths, having rescued them yet again and deciding to see if there’s anything to gain from hanging around. Initially, there’s tension between her and “Normal Beth” (who we’ll just refer to as Beth), because Summer seems to favor her Space Mom, who couldn’t care less about living up to motherly expectations. But, as they start to spend more time together, and find solace in each other’s company …

I saw a lot of people say they straight up skipped this episode because, yet again, Rick and Morty is dabbling in sci-fi explorations of what’s essentially incest. And I think that’s more than understandable, especially after the last time they did this, which was … hurk … the incest baby.

But, I suppose, after a long tenure of putting aside my discomforts to try to see the point of a piece of unsettling media, I was able to look past that. Because I really did like Bethic Twinstinct. It might even be my favorite episode, because ultimately, it’s about a woman who hasn’t been allowed to really find herself, let alone like herself.

Beth Sanchez is kind of a tragic character. She’s brilliant, beautiful, and has so much potential, but the trauma of Rick leaving her has haunted her to the point where she doesn’t seem to actually know her own worth. She might act like she does, but it’s just a front—a very mean, sarcastic, self-indulgent front that makes it a little hard to like her.

This is only exacerbated by her trap of a marriage to Jerry, who knocked her up on prom night and essentially managed to cajole her into a partnership. If you’re wondering why I’m being so harsh when Jerry’s really just a pathetic loser of a man, I have two reasons: 1) I’ve seen a lot of remarkable women in my own life feeling like they have no choice but to settle for shitheels who don’t actually value their worth, and instead see them as a trophy by which to value themselves, and 2) This episode shows us that Jerry didn’t even really KNOW Beth. His friend told him to back off, that she was “too much woman” for a guy like him, but in typical teen boy fashion, Jerry was only thinking with his neener. Beth probably only said yes because she felt bad for him.

Of course, we’ve seen how passionate the two can be in certain circumstances, and we know there is some degree of genuine love and affection between them. But I still consider it to be a tragedy that Beth felt as though she had no other options, that life continually served her the most mediocre paths and she was given no real foundation to explore these options.

Now, Space Beth, on the other hand, is the version of herself that proves that she can be a free and independent person without having to fundamentally change who she is. In sacrificing all close familial ties, SB is able to live the sort of life that Beth has always wondered if she is capable of leading. The difference really just comes down to what they’re individually willing to live without; everything else is much the same.

And I think that’s what really makes the “relationship” between Beth and Space Beth work, in my mind. It’s an act of self-love, learning that her core self is worthy of loving unconditionally, and that everything else is simply a choice. SB, even after a wild life as a space outlaw, is still able to fall in love with Beth. And Beth, even after convincing herself that she is content with domesticity, is still able to fall in love with Space Beth. After judging her entire self-worth on her choices, rather than who she is as a person, this kind of “romance” between the results of those choices is nothing short of revolutionary.

She’s finally being given the space to really “love herself.” And yeah, when you take away all the saccharine self-love talk, it’s still ultimately autosexuality. But eh, it’s a sci-fi show, so it goes. I’d rather see this than the shit going on in House of the Dragon right now.

There were other things I liked about the episode though, like how families respond to their matriarch’s personal troubles—which is often through avoidance. Jerry is too oblivious to notice any substantial changes in his wife because he’s, by and large, just as selfish and obtuse as his father-in-law. But his father-in-law, Rick, has been aware of everything from the start, because he’s been there and done that. (LITERALLY, he’s also gotten it on with another version of himself, which I find hilarious.) He just sees it as a natural consequence of everything Beth has been through. Then there’s the kids, who deal with it by not dealing with it, and I love this reaction not because it’s “funny,” but because, I mean, yeah, that shit’s real. You either get it or don’t.

It’s just such a good episode, with so many layers, and so much empathy for women, wives, mothers, and anyone who’s ever felt trapped with no way out, and nobody in their corner. If you’re at all curious about getting back into Rick and Morty, I’d say now is the time, because if this quality of writing speaks for the rest of the season, then I’d say it bodes well for the show. 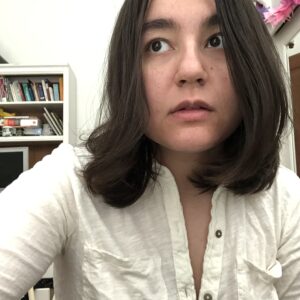