Science Blogger Shocks Internet With Obvious Indication of Her Gender 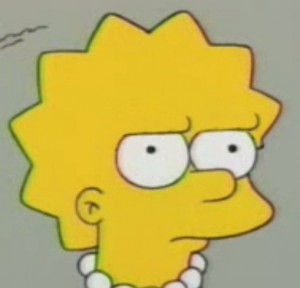 If you’re a Facebook sort of person, you might be familiar with the page I Fucking Love Science and its PG-13 counterpart Science is Awesome, both run by the same person. Or you might be familiar with the pages, but not the person. I say that because apparently many of those who like the page and follow its posts had no idea of the identity of Elise Andrew, an English blogger by way of Canada. Which, in and of itself is no bad thing. Though Andrew has done interviews before and mentions her gender in the page’s About, IFLS and SiA are both written in a general style without out much personal interjection from her, and certainly everybody has a right to release only so much info as they want to on the internet.

What’s notable, or perhaps depressingly mundane, about the reaction to a recent post in which Andrew plugged her Twitter feed, the avatar of which is a picture of her face, is the number of people who A) were excited to share their shock that a science blog was run by a woman or B) figured this was license to share their opinion on her relative attractiveness.

To be clear: the content of Andrew’s post wasn’t an introduction to herself or her gender or a question about her appearance. It was a notification that she now had a Twitter account and that she was hoping folks could recommend some good science feeds to follow. Not really something to go “Woah” about. Andrew herself agreed:

EVERY COMMENT on that thread is about how shocking it is that I’m a woman! Is this really 2013?

Andrew is currently engaging her community in talking about what exactly it is about her pages that would make people assume she was a man. “It’s a sad day when a woman being funny and interested in science is considered newsworthy,” she says. “So I’m interested in opinions. Is it the science? The swearing? The humour?” I’d add that it’s also a sad day when you see a story about commenters and a female blogger on the internet, and you’re simply relieved that she’s not being harassed. At least one commenter, Jay Young, had the good sense to recognize his initial assumption for what it was: “I’m ashamed to say I assumed you were a man. But I’m neither shocked nor affected in the slightest that you aren’t. Keep on fucking loving science.

That goes to all you ladies out there too!