I Am Legend Screenwriter Had to Tell Anti-Vaxxers the Movie Is Fiction. It’s Also Not About Vaccines. 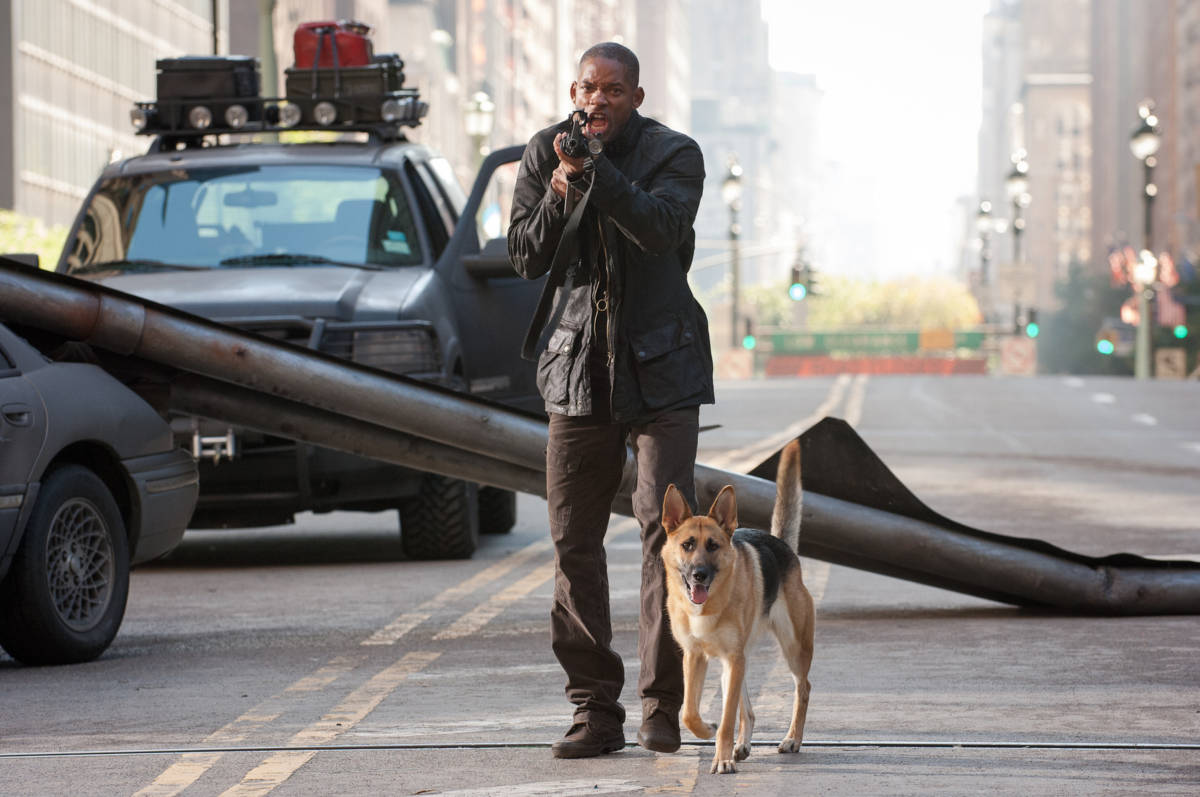 The New York Times profiled the struggle of one eyewear store in New York City to get all their employees vaccinated. In true American fashion, it’s a story filled with privilege and a mentality of “What are you going to give me for doing it?” while there are countries still struggling to get any vaccines at all. But Americans are selfish, so we shouldn’t be surprised. The story, though, took a twist from one employee wanting money to get jabbed to … someone using I Am Legend as an excuse?

The owner of Metro Optics is 63-year-old John Bonizio, a man who was so excited that optometrists and their employees could get vaccinated back in January that he offered to make appointments for his employees. Instead, he was left with a wide range of excuses that led to this absolutely wild misunderstanding of the Will Smith movie I Am Legend:

One employee said she was concerned because she thought a vaccine had caused the characters in the film “I Am Legend” to turn into zombies. People opposed to vaccines have circulated that claim about the movie’s plot widely on social media. But the plague that turned people into zombies in the movie was caused by a genetically reprogrammed virus, not by a vaccine.

Now, not to give her the benefit of the doubt, but she clearly did not watch I Am Legend and just thought she did. Because that movie is not about a vaccine turning people into zombies. In fact, the 2013 movie The Returned had a vaccine FOR the zombies to help them live normal lives, so maybe she’s thinking of that? Either way, I Am Legend is about a man who is a virologist.

“I’ve done my own research” = “I misremembered the plot of I Am Legend” https://t.co/ReBk3QXgAb

It’s insane to base your vaccine skepticism on the movie I Am Legend, but even if you tried, it was the virus itself that caused the movie’s pandemic, not a vaccine

Also, the hero of the movie is literally a virologist who found a cure—like the experts anti-vaxxers attack. https://t.co/tkxIsW6Dv0

When I check why I am Legend is trending pic.twitter.com/QXfS5TyFrs

It’s really unfortunate how many people misunderstood the message of the famed public health documentary, I Am Legend. https://t.co/cgXPgNQ8Jt

I try very hard to have sympathy and empathy, and I know I can always do better. But no, I’m sorry, I have none of that for people who say things like, “I don’t want to get the vaccine because of the Will Smith movie I AM LEGEND.”

I Am Legend correctly predicted Batman v Superman so I assume it’s accurate about everything else. pic.twitter.com/HqTHbIrKGw

It’s gotten to the point where the screenwriter of I Am Legend has spoken out about his movie by tweeting out that it isn’t real.

Granted, if someone told me that the reason they were not getting a vaccine was because of a MOVIE, I’d seriously consider firing them for incompetence because that’s a nonsense excuse to not get a vaccine even if we weren’t in the middle of a dangerous global pandemic. And we’re currently in a world filled with nonsense excuses as to why people won’t get the vaccine.

If you’re getting your public health advice from a movie or television show, may I suggest watching something like House, M.D. or Grey’s Anatomy? Maybe you’ll learn something that way. Anyway, I’m taking advice from the video game-turned-HBO series The Last of Us if this does become the zombie apocalypse.