Car Hits Man in Zombie Costume Who Was Trying to Scare Motorists. Success? 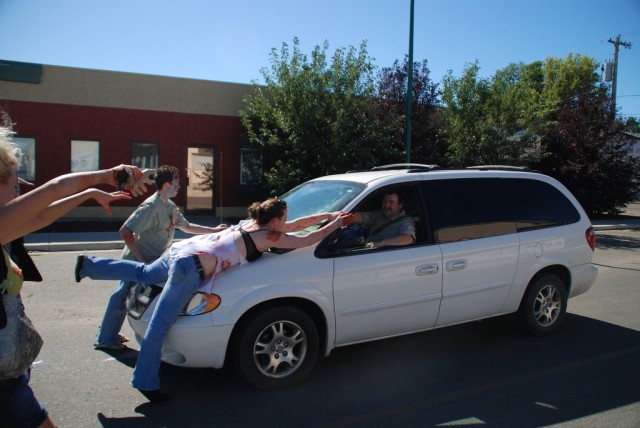 45-year-old Jeffrey Stiles of Muskegon, Michegan wasn’t content with the fun of the Halloween party he was attending, so he decided to step outside and spice things up. By scaring motorists. In his zombie costume. How could that possibly go wrong?

Exactly as you’d imagine it would, especially considering police have confirmed Stiles was standing in the traffic lane when he was struck by a car. When trying to frighten people piloting hurtling hunks of metal, it’s best to stay safely in the shoulder. Or, you know, maybe not do it at all?

Luckily, he was hospitalized with non-life threatening injuries and will be fine, which probably can’t be said of the driver who is now frantically trying to flee the zombie apocalypse. Police are still searching for the driver, so we’re currently unable to get a firm answer on why they thought it would be OK to flee after hitting someone with a car, but that answer probably goes something like, “What would you do if you managed to escape a zombie attack?”

If you live in the area and want to assist in bringing the hit-and-run driver to justice, check your local supermarkets for someone stocking up on canned goods and ammo.

(via Death and Taxes, image via Paul Jerry)

Previously in the undead