Editor’s Note: Amanda’s mom told us that she’d make sure her daughter delivered her Hannibal commentary by Monday every week. So far, so good, BUT AT WHAT COST?? 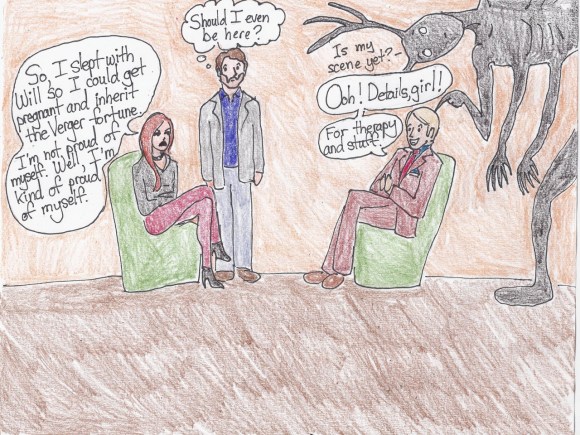 Previously, on Hannibal: WELL, THAT HAPPENED, so let’s follow up with the world’s most awkward therapy session. I mean, really, does Will have to be there? I’m not a doctor (in anything other than Street Fightology), but doesn’t that violate some sort of doctor-patient confidentiality? Not that Hannibal Lecter cares. But if Margot wanted Will to know she was pregnant with his child, there are other ways. There are phones. There are coffee shops to chat at (where the coffee is not people). You don’t have to involve the creepy-fancy therapist whom you suspect is grooming you for murder. Email, Margot! For f**k’s sake!

And while we’re talking about Margot’s questionable choices in life: What if her plan didn’t work? What if she didn’t get pregnant after the one time she had sex with Will? Or she did and the baby turned out to be a girl? It’s not the best plan, is all I’m saying. There are, like, a million things that can go wrong and that is even not counting the chance that your crazy brother would stage an event to have your uterus removed. Have you thought about college, Margot? You can forge your own path in life. Don’t let the allure of pork money keep you tied to the hip of your Crazy Gary Oldman brother. Escape, Margot! Escape!

Speaking of Mason Verger, I didn’t really get a chance to talk about him last week since I was so flummoxed by, well, you know. Let’s have fun talking about this psycho: 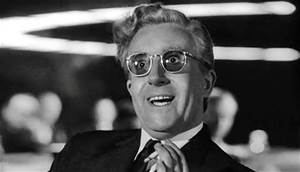 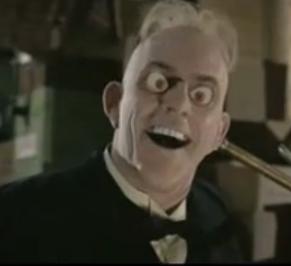 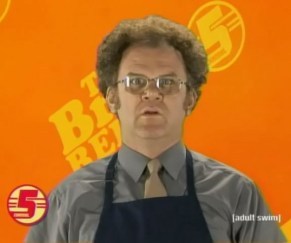 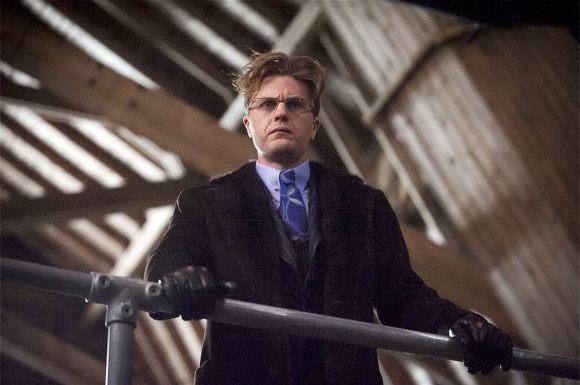 Ah, there he is! My God, what a cartoon villain. The first thing he does in this episode is drink the tears of a child.  Literally, he does that!  He wears fur coats and white suits but doesn’t brush his hair. What’s up with that? And he is crossbreeding man-eating pigs, presumably to feed his sister to, but probably also just for the lawlz. Mason Verger is The Worst on a show where the competition for Worst is pretty steep.

I kind of love it?

I mean, I don’t love Mason Verger himself, because he is The Worst, but I love how tacky he is in his villainy. Hannibal Lecter’s cruelty is graceful, like opera and ballet; Mason Verger is pure vaudeville. He’s spit and peanut shells on the floor. He’s a pure salesman, cut from his father’s cloth, but the only thing he’s selling is pain. He’s like Harold Hill from The Music Man, if Harold Hill were a sociopath (the argument can be made), and he’s so freaking fun to watch. I mean, he’s awful, I hate him, and his face cannot get ripped off fast enough (ummm….possible spoiler? [Editor’s note: Spoiler for what happens in the books]), but I’m fascinated to see what he does before that. Shine on, you crazy diamond!

Finally, let’s talk about Freddie. She’s okay, you guys! Those weren’t her flanks Hannibal and Will were eating in the last episode. That wasn’t her flaming corpse popping wheelies in the parking garage. She’s alive and well and in FBI care. I think we all knew she was going to be okay. Our beloved Will is many things—empath, fisherman, dog whisperer—but he is no killer. Oh, we are worried. Will is in deep, like, Snape-kills-Dumbledore deep. We will always worry for Will. We want him to catch Hannibal Lecter and bring him to justice for his crimes, but not at the cost of his soul.

Come back to us, Will. Your dogs are depending on you.

Amanda LaPergola is a New York-based actor and writer.  She’d like to remind all the young readers out there that eating whole songbirds drowned in liquor may seem cool, but that doesn’t make it right.  Just say no to drowned whole birds!  She tweets at @LaPergs. You can see her previous Hannibal illustrations here.