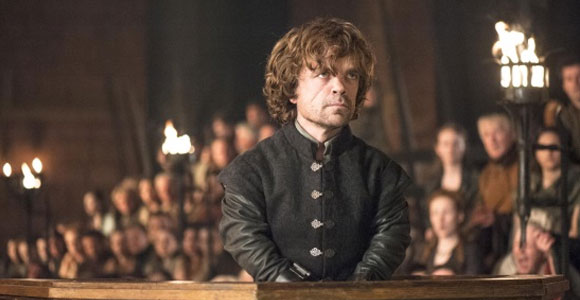 If you’d have asked me back in season two when Theon murdered those little boys if I could ever feel pity for him, I would have laughed derisively. Even through all the Reek torture in season three, I’d been pretty cold-hearted toward Theon. But last night’s episode cracked the ice that his ravaging of Winterfell created. The reveal of Reek in the kennel started it. Then seeing him shrink away from Yara, his would-be rescuer, I felt conflicted. Ramsay runs in sprayed with blood and smiling, and I don’t know who to root for, either for Theon (rescue by Yara) or against him/for his continued existence as Reek. Then things go from bad to much, much worse for Theon.

His sister declares him dead and leaves him to Ramsay. When Theon—swaddled in a map of scars—cowered in the reward bath under Ramsay’s hand, I felt genuine sympathy. It is a shift I found unsettling. But it’s a bewildering strength of the writing—both of the books and series—that Game of Thrones can spur these kind of reversals in our emotions. I’m not rooting for Theon yet. But it wasn’t so long ago that I was rooting against The Hound, and now I wish weekly for his safety… as well as a The Hound and Arya spin-off of misadventures and fraught bonding. Likewise, I was on the way to rooting for Jaime. Then of course things got complicated.

Meanwhile across the Narrow Sea we rejoin Daenerys Targaryen, who has acquired a lengthy list of titles in her conquests: 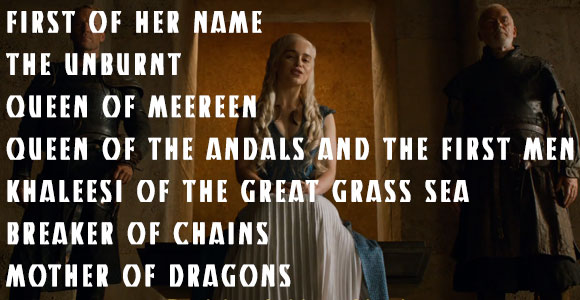 What other titles should we tack on? I suggest BOSS-WEARER OF BOLD EYEBROWS.

I know last week I was lamenting Dany’s plan to backtrack and better instill her rule on Astapor and Yunkai. This episode’s scene with the grieving Loraq showed me the dramatic potential therein. I had worried Game of Thrones’ Dany thread would become stilted and episodic, but instead we got a truly compelling scene where Dany had to face the human reality of her theoretical eye-for-an-eye justice. For the first time in some time, we saw the legend-in-her-own-time Mother of Dragons genuinely rattled, shaken by a misstep and the cruelty she had inflicted on what seems to have been a blameless man. Heavy is the head that wears the crown, and young Dany is learning that 214 supplicants at a time.

Lastly, the trial of Tyrion was held. It made for the episode’s most mesmerizing section. As expected, Cersei and Tywin were playing all manner of dirty tricks and underhanded maneuverings to frame Tyrion. It was a witch hunt brilliantly choreographed from the recounting of Tyrion’s threat to Cersei to his warnings to Joffrey of how tyrants end their reigns, and of course including his physical assaults on the bastard king. Remember those?

They break for intermission of this three-ring circus, and Jaime rushes in all his Kingsguard finery to his father, attempting to broker a deal that will save his little brother’s life. Jaime offers to sacrifice his place on the Kingsguard, to get married and continue the Lannister line as long as his father will just let Tyrion live! Poor dumb, Jaime. You can practically hear the trapdoor snap as Tywin says yes. Seriously, how is it that Tyrion is the only one who got anywhere near his father’s level of intellect?

So Jaime begs Tyrion to trust him. But Jaime trusts Tywin, which makes him a fool. And as a final insult to all Tywin has already put his youngest child through, he reveals his final witness. Did you shriek out Shae’s name as she appeared? Was I alone in that? 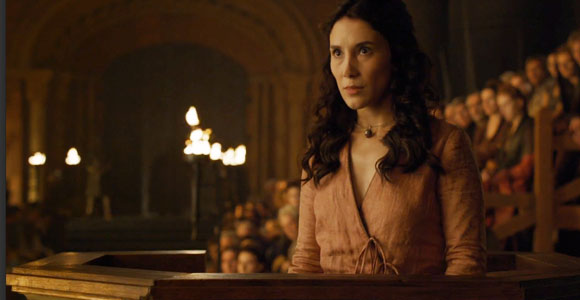 Shae the Funny Whore has her revenge for her broken heart, and it is cruel on every level. She frames Tyrion and Sansa for murder, reciting the conspiracy Tywin clearly handed her, essentially condemning Tyrion to execution. Then she goes the extra mile by making him a thing of mockery, unfurling their intimacies and secrets and pet names to be scoffed at by the gasping and guffawing crowd.

Maybe some of you hate Shae now. I’m trying to withhold judgment until we get some background on where she’s been. She shows no bruises. But she was wearing a much more conservative dress than we had ever seen her wear before. Was she just paid off? Or was she threatened? Was she scared? Or was she vengeful? I don’t suspect Shae had a lot of options, but giving into Tywin is one thing. Making Tyrion not only a murderer but a joke… she cut deep.

And all this leads to Tyrion’s big moment, where he abandons hope and becomes the monster the people of King’s Landing have so long wished him to be. Bitter and wrathful, he spits out his “confession,” recounting how he is the reason they all lived to stand there in judgment of him. Tyrion knows how to move a crowd for better or worse, and here he wants them all to burn with rage as he does. And boy does he get that room boiling. This will be the clip they play when Peter Dinklage wins his second Emmy this year. I’m calling it now.

He demands trial by combat and everyone (but us) are stunned. The real question now is who will fight for Tyrion? Long ago when he was charged at The Eyrie for attempted murder of Bran he picked brother Jaime and, when that failed, Bronn. Will Bronn lift his sword once more for Tyrion? Or will Jaime prove the champion his brother has been begging him to be? And if so—what will that do between the already severely damaged bond between Jaime and Cersei!?

This was a pretty outstanding episode. And cutting to black as the Lannisters reel and the assembled audience jeers from Tyrion’s demand was a brilliant move, but also so damn cold. Sunday is just too far away. 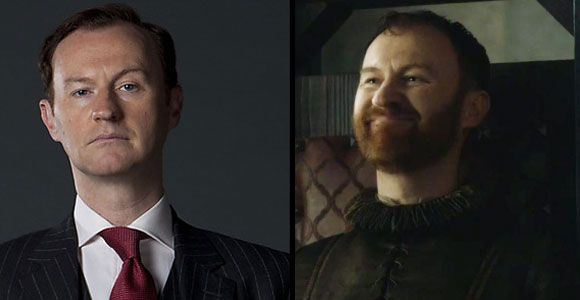 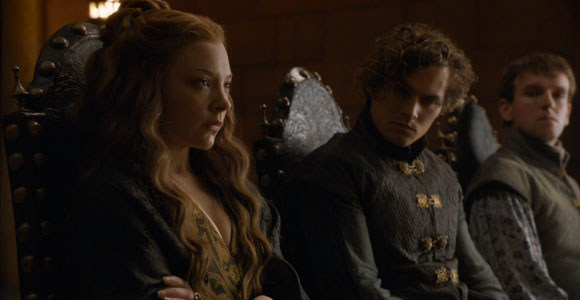 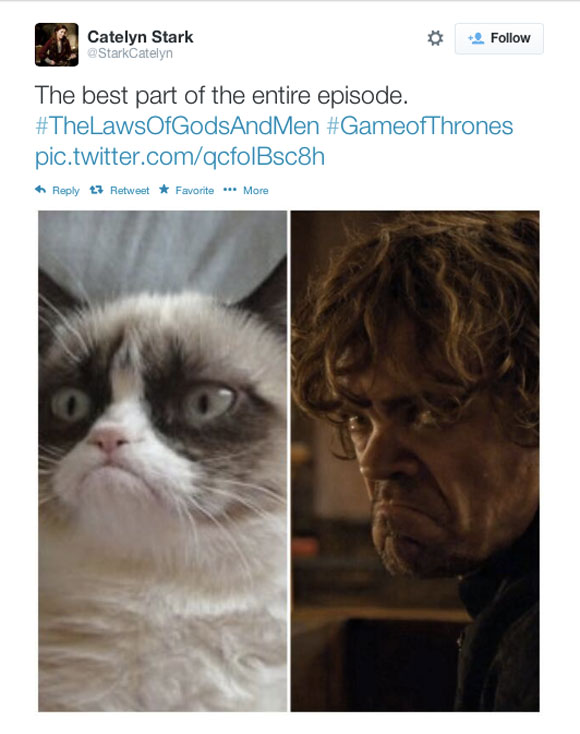