This Letter From George R.R. Martin Imagines a Much Different Game of Thrones Than We Know Now 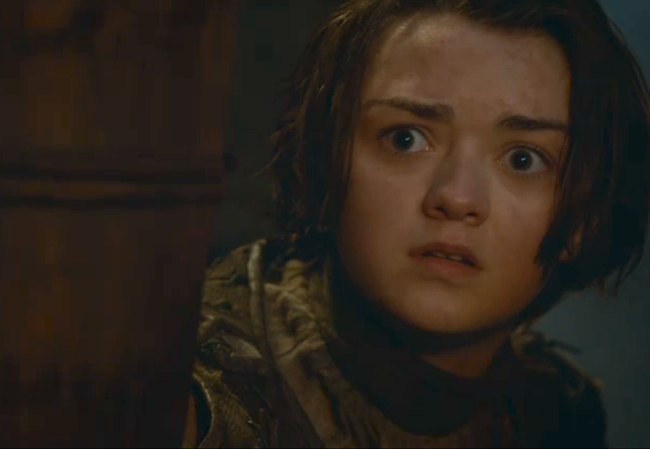 When you’re writing a book, obviously you need to have some idea of where you’re going to end up when you’re finished. George R.R. Martin may hate writing outlines—which is probably why we’re all in this mess, hungrily waiting for his sixth book— but when he sent his publisher the first thirteen chapters of A Game of Thrones, he had a much, much different idea of how the war between the Starks and the Lannisters would play out. Possible spoilers except…well, let’s hope not.

First off, Martin outright names the five characters who he intended to survive by the series’ end: Jon Snow, Daenerys Targaryen, Arya Stark, Bran Stark, and Tyrion Lannister. Ned was always intended to die by Joffrey’s hand, more or less, and so were a lot of other sympathetic characters—”I want the reader to feel that no one is ever completely safe,” he writes in the letter. As most hardcore ASOIAF fans probably already know, the series was also supposed to be three books—A Game of Thrones, A Dance With Dragons, and The Winds of Winter. The Dothraki invasion would have hit during the second volume (Lol), and the story of the Night’s Watch versus the Others would have been central to the third book.

But I wouldn’t take that list of names too seriously anymore, because there are some other obvious changes to the story we know and hate that we love so much from what Martin first outlined in these pages. Daenerys was originally supposed to kill Khal Drogo as vengeance for her brother Viserys and then “stumbles on a cache of dragon eggs” while escaping from Dothraki riders. Robb would have died in battle against “Jaime and Tyrion Lannister and their allies,” but not without maiming Joffrey Baratheon in an earlier skirmish. Sansa was always intended to marry Joffrey and bear his child, and ultimately choose them over her family. Arya, meanwhile, would have escaped with Catelyn, fled to Winterfell, and taken Bran with them to the wall after Winterfell burns, where things start to get… uh, weird.

“Jon and Benjen [Stark] will not be able to help, to Jon’s anguish. It will lead to a bitter estrangement between Jon and Bran. Arya will be more forgiving… until she realizes, with terror, that she has fallen in love with Jon, who is not only her half-brother but a man of the Night’s Watch, sworn to celibacy. Their passion will continue to torment Jon and Arya throughout the trilogy, until the secret of Jon’s true parentage is finally revealed in the last book.”

Wait. Wait. IT GETS WEIRDER:

“Tyrion Lannister will continue to travel, to plot, and to play the game of thrones, finally removing his nephew Joffrey in disgust at the boy’s brutality. Jaime Lannister will follow Joffrey on the throne of the Seven Kingdoms, by the simple expedient of killing everyone ahead of him in the line of succession and blaming his brother Tyrion for the murder. Exiled, Tyrion will change sides, making common cause with the surviving Starks to bring his brother down, and falling helplessly in love with Arya Stark while he’s at it. Tyrion is, alas, unreciprocated, but no less intense for that, and it will lead to a deadly rivalry between Tyrion and Jon Snow.”

And then the last paragraph is blacked out.  GOD DAMN IT GEORGE

The letter, which you can read in its entirely in the gallery below (save for that final paragraph), can be found on display at in the “George R.R. Martin room” in the new UK HarperCollins office near London Bridge, and was first posted on the Waterstones Twitter page but now appears to have been deleted. Sorry, Waterstones. All men must die, but the Internet is forever.