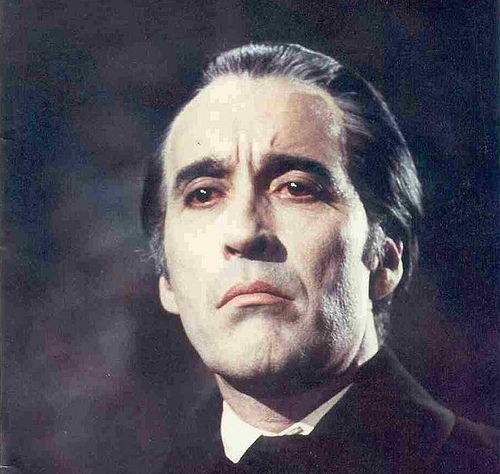 An Arizona man who believes he is a vampire was sentenced to three years probation. Back in October, he stabbed his friend, who refused to let him suck his blood “again.” I hate it when my friends flake on me. So lame.

The victim, Robert Maley, 25, said that on one occasion, he allowed his friend Aaron Homer, 24, to suck his blood, but only because Homer had threatened to “cut his ex-girlfriend or her friend.” That moment in male bonding/hostage-taking lasted about two to three minutes. Come October, Homer wanted another go at his friend’s blood, but Maley refused. So, he was stabbed.

After fleeing the scene, Maley left a trail of his own blood among a trail of fake blood that had been set up by Homer and his girlfriend, Amanda Williamson, 21.

While Homer didn’t get to partake in Maley’s blood (again), they did all get to exchange jail stories:

Williamson was booked on false reporting for making up stories about the stabbing, Homer was arrested in the stabbing and Maley was arrested on outstanding warrants for probation violations related to aggravated assault and possession of a narcotic.

Moral of the story: It seems very boring in Arizona.