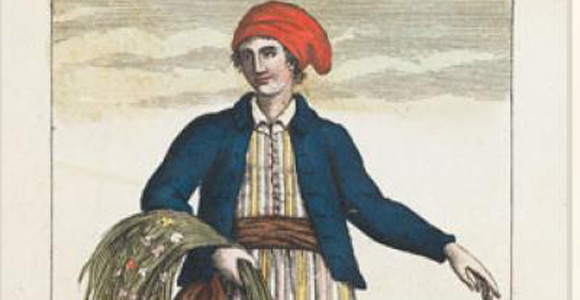 French botanist Jeanne Baret’s (sometimes spelled Baré or Barret) life sounds like it has the makings of a compelling film. The explorer disguised herself as a man and set out on a journey that would make her the first woman to circumnavigate the globe. That was two centuries ago and she’s just now getting recognition, not to mention a plant species named in her honor.

Dressing as a man and calling herself Jean Baret, she became a member of Louis Antoine de Bougainville’s expedition on the ships La Boudeuse and Étoile in the 1700s, acting as assistant to the expedition’s naturalist, Philibert Commerçon. According to LiveScience.com, “Biologist Eric Tepe, with the University of Utah and the University of Cincinnati, named the newfound species after hearing about Baret’s unsung work during a National Public Radio interview with Glynis Ridley, author of the biography, “The Discovery of Jeanne Baret” (Crown, 2010), on the program “All Things Considered.” The new plant name? Solanum baretiae. 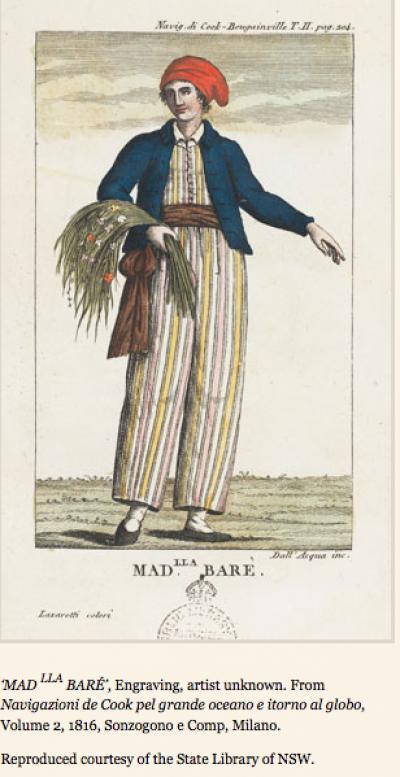 “Baret collected thousands of plant specimens from exotic locales around the globe, and, according to Ridley, likely collected the first specimen of one of the world’s most beloved flowering plants — bougainvillea,” they write. It was previously attributed to Commerçon.

It was all apparently a ruse he was in on though, Commerçon accepted her into his service when she arrived in disguise, claiming he had not been able to find an assistant. “Yet before long, she said, the crew began to suspect Baret was not what she seemed,” they write. “The ship was only 100 feet (30 meters) long and 30 feet (9 m) wide, and ‘the captain of the ship actually interrogated her at one point,’ Ridley said, ‘and she said she was a eunuch.’ The only way to verify her claim would have been embarrassing for everyone, and for at least two years, Baret conducted her scientific work with relatively little hassle.”

Baret and Commerçon were actually a couple but never married so after his death a few years later she was left with nothing. It’s said that at least 70 plant species found by the them have been named for him. “She married a marine and in 1775 returned with him to France, where she died in relative obscurity in 1807.”

It took a year between Tepe’s discovery of the new plant and reaching out to Ridley before it was named for the explorer and he thinks it’s what Commerçon would have wanted since he had already intended on naming a similar plant after her. “I have always admired explorers, especially botanical explorers,” he said. “We know many of their names, and they all have endured hardships in pursuit of interesting plants, but few have sacrificed so much and endured so much as Baret,” he said. “I don’t think she ever expected recognition in her own lifetime, just because women who were involved in science were thought of, at best, as something of an oddity, and, at worst, they were thought of as an abomination.”