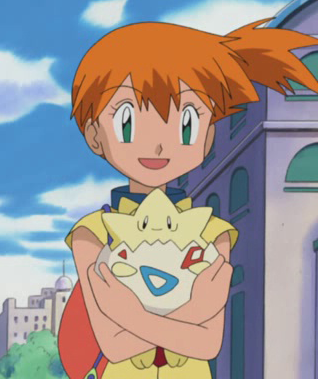 According to the Entertainment Software Association, approximately 40% of gamers today are female – that’s up from 34% just three years ago in 2008. As they appreciatively note, “Women over 18 years of age are one of the industry’s fastest growing demographics.  Today, adult women represent a greater portion of the game-playing population (33 percent) than boys age 17 or younger (20 percent).” So take that, little kids.

The precipitous rise has been in no small part due to the increased attention of companies toward creating games and aspects of games targeted toward women. Character customization, for example – just the ability to choose a female character, and then the option to build her according to your specifications – is an extremely female-oriented amenity to a game. RPGs became more female-friendly with the addition of this feature, as well as adding in female-oriented storylines. Computer games always had a leg up, with World of Warcraft sort of surprisingly capturing that demographic. (All the more surprising it continues to keep the demographic, with the rampant harassment of women from many of its male players.) The Sims was a considered effort to target lady gamers, and succeeded, 55% of its players being female. But I want to give a special shout-out to Pokémon for being the first one on the scene to draw in the female audience.

I’ve been playing Pokémon since 1996 –  I was ten years old when they arrived in America. I’ll let you mull that one for a while. The Pokémon series has been around longer than the iPod franchise. It came along just as I was getting into video games, and appealed to the sort of inner nurturer instinct that grew out of owning approximately 14 Tamagotchi. Pokémon were like Tamagotchi, but less annoying – and I could make them fight. It was a marriage made in the stars.

The game was appealingly simple – catch a ton of Pokémon, battle, become The Best. Girls in my middle school predictably liked the cute ones, and Jigglypuff backpacks were a common sight. This didn’t necessarily translate to playing; a 2004 study of gender and Pokémon conducted by Shirley Ogletree revealed that many more boys still played these games than girls. Despite this, she found that exposure to the Pokémon empire was about equal – Jigglypuff backpacks indicative of such. Gaming was suddenly mainstream. Kids brought their GameBoys to school and traded. As I observed, the kids were mostly male – but to a young girl who was always sort of a tomboy, the allure of being even more a girl in a boy’s club was irresistible. I’d go over my best friend’s house and battle her older brother. He was the first boy to ever hold my hand.

In many ways, my Pokémon playing was a gateway game – from there, I began playing the Zelda series, then The Sims, then “harder” RPGs like Final Fantasy and Summoner. I raced the boys and made them cry, in a female Georgie Porgie kind of way. And though I’ve often been disappointed with how overwhelmingly games are aimed at the male demographic – Lara Croft’s pneumatic figure being just one of many eyerolls I’ve had over the years – Pokémon has remained charmingly gender neutral and charmingly the same. That’s not to say it hasn’t adapted; Pokémon White has a black gym leader, possibly the game’s first minority figure. She’s also married to a white guy! That makes the game’s diversity percentage approximately 0.6% minorities. Hey, GameFreak’s arc of the universe is long, but it curves toward justice. (My utmost apologies to Dr. King.)

There’s something very safe and very sweet about Pokémon; occasionally its messages of hard work and loving your animals leave a slight ache in the gums. It’s not a hard game, and it isn’t bent toward hardcore gamers the way Halo or Call of Duty is, but there are about infinity ways for someone to be a hardcore Pokémon gamer if they’d like to (does anyone know what the crazy C-Gear functionality in White/Black is all about?!). It’s not aggravatingly aimed at women the way (failed) marketing tries to capture the demo – nothing’s pink except the flowers along the pathways. The Japanese have created an immersive “play world” with the Pokemon series that’s long-lasting, successful (1 million copies in one day on sale!), and ultimately, equitable.

Updated 3:57 pm: An eagle-eyed reader notes that Pokemon has not been around longer than Apple — I had meant iPod.