There is an alternate universe, where, among the other television adaptations of superheroes in the 1970s; like The Incredible Hulk, Wonder Woman, the made-for-TV Captain America, and Captain America II: Death Too Soon (not kidding, featuring the talents of that guy from Space Mutiny); that ranged in quality from “enjoyable camp” to “what?” there was…

A Black Widow and Daredevil tv show with David Bowie‘s then-wife in a starring role. There’s even a couple photos to prove it. 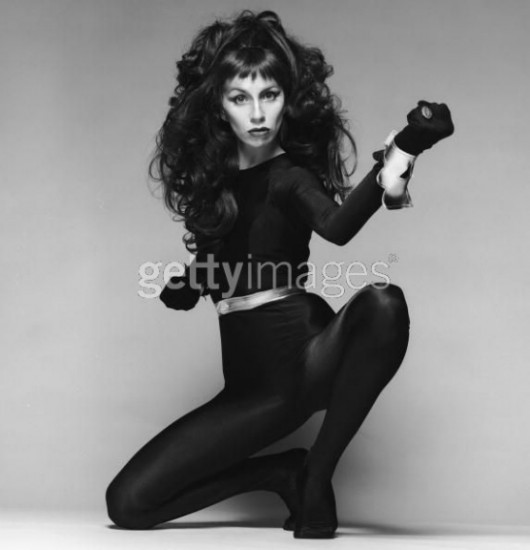 Phil Nobile has the story, straight from Angela Barnett‘s mouth:

I received permission from Stan Lee to have the rights to Daredevil and Black Widow for a year. We were unable to place the series. Actor, writer, Benny Carruthers and I did the photo shoot with Terry O’Neill and Natasha Kornilkoff costume designer and Barbara Daly – make-up in London and that was all that ever happened. Unfortunately at that time it was considered too difficult and expensive to film, special effects, etc. 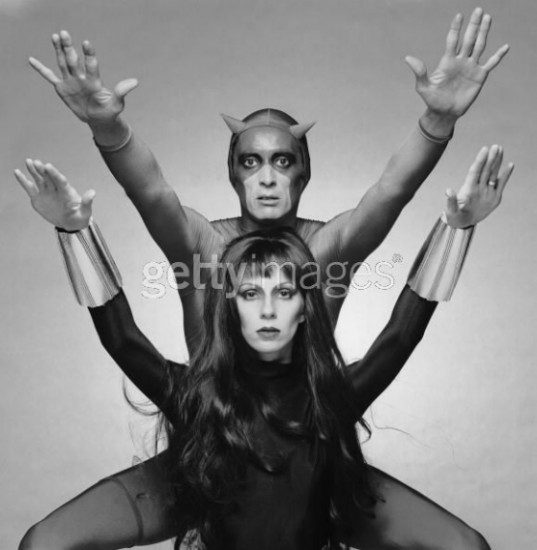 Somebody please tell Doc Hammer and Jackson Publick about this. They’ll want to incorporate it into Venture Bros., seeing as how David Bowie is a fully canonical character for them.