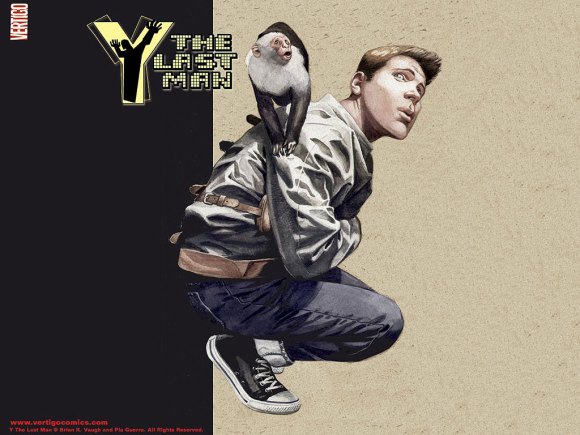 Tara Schultz, a college student in Southern California, is protesting the graphic novels she was asked to read for her English 250 class at Crafton Hills College, calling the novels “pornography” and “garbage.” The novels in question? Persepolis, Fun Home, Y: The Last Man Vol. 1, and The Sandman Vol. 2: The Doll’s House.

According to the Redlands Daily Facts newspaper, Schultz was absolutely not happy about being asked to read these particular books. “I didn’t expect to open the book and see that graphic material within. I expected Batman and Robin, not pornography,” she explained.

Ryan Bartlett, the professor who assigned the books, responded in an e-mail to the paper saying:

“I chose several highly acclaimed, award-winning graphic novels in my English 250 course not because they are purportedly racy but because each speaks to the struggles of the human condition. As Faulkner states, ‘The only thing worth writing about is the human heart in conflict with itself.’ The same may be said about reading literature. The characters in the chosen graphic novels are all struggling with issues of morality, self discovery, heart break, etc. The course in question has also been supported by the faculty, administration and approved by the board.”

Schultz’s response? “At least get a warning on the books. At most I would like the books eradicated from the system. I don’t want them taught anymore. I don’t want anyone else to have to read this garbage.”

Neil Gaiman isn’t a stranger to having his books protested, at least. But there’s something unsettling about asking books be “eradicated” from anywhere. The call for warning might be a good idea, but complete removal? Harsh. Either way, the college has agreed to institute warnings on the curriculum going forward.