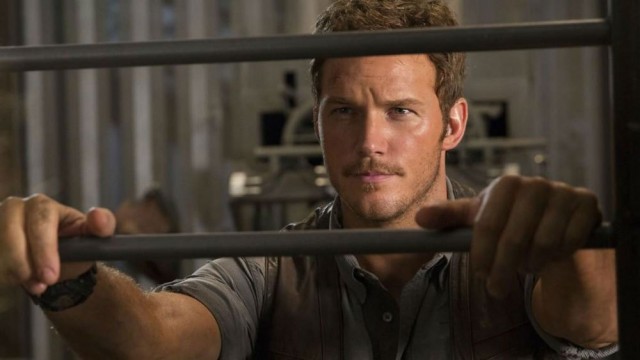 Chris Pratt totally apologizes. What did he do? Well, nothing yet. But after experiencing countless press junkets himself, and watching how members of the Avengers: Age of Ultron cast crashed and burned while promoting their film, Pratt figures it’s better to be safe than sorry.

On his Facebook page, Pratt posted an apology for, well, anything and everything:

I want to make a heartfelt apology for whatever it is I end up accidentally saying during the forthcoming ‪‎Jurassic World‬ press tour. I hope you understand it was never my intention to offend anyone and I am truly sorry. I swear. I’m the nicest guy in the world. And I fully regret what I (accidentally will have) said in (the upcoming foreign and domestic) interview(s).

I am not in the business of making excuses. I am just dumb. Plain and simple. I try. I REALLY try! When I do (potentially) commit the offensive act for which I am now (pre) apologizing you must understand I (will likely have been) tired and exhausted when I (potentially) said that thing I (will have had) said that (will have had) crossed the line. Those rooms can get stuffy and the hardworking crews putting these junkets together need some entertainment! (Likely) that is who I was trying to crack up when I (will have had) made that tasteless and unprofessional comment. Trust me. I know you can’t say that anymore. In fact in my opinion it was never right to say the thing I definitely don’t want to but probably will have said. To those I (will have) offended please understand how truly sorry I already am. I am fully aware that the subject matter of my imminent forthcoming mistake, a blunder (possibly to be) dubbed “JurassicGate” is (most likely) in no way a laughing matter. To those I (will likely have had) offended rest assured I will do everything in my power to make sure this doesn’t happen (again).

It’s pretty hilarious that he’s 1) apologizing preemptively, and 2) pretty much poking fun at the Age of Ultron cast. That said, I hope he doesn’t actually think this apology lets him off the hook if he does screw up. The point of apologizing is that you know exactly what you’re apologizing for, and can be very specific both about what you did, and to whom you’re apologizing. Instead, I hope that this humorous pre-apology means that, despite exhaustion or a need to entertain the folks around him, that he’s planning on being a little more mindful of what he says; that he’s thinking about that in advance, too – not just about preemptively covering his own butt.

That said, I’m excited about what he has to say about the actual film as he embarks on Jurassic World press, and totally think you should follow his advice about playing with dinosaurs:

Saw it last night and I ABSOLUTELY LOVED IT!!
This is a motion picture so beautifully executed by Colin Trevorrow and the people at Universal it left me utterly speechless. It’s a huge project in every aspect, a massive commercial undertaking that should be witnessed in IMAX theatre if possible based simply on the magnitude of its technological accomplishment. The story is fantastic, the characters compelling, the action is earned and truly unprecedented. Grab your kids, family, friends, girlfriends, boyfriends, grandparents, mailmen, etc., get some popcorn and create a memory y’all will cherish forever.

NOW….
Needless to say you will be seeing A LOT of me in the press in the next few weeks as I circle the globe promoting the movie in different markets around the world. With social media the way it is and click bait marketing online you will have a front row seat to all of the promotional action if you so chose. There will be a lot. Dare I say too much if you actually take the time to watch it all!? I suggest you don’t. But that’s up to you.

If it gets old or you grow weary of my face just remember, you could always do what I did while waiting for the original Jurassic Park to open, go outside and play with imaginary dinosaurs! They are the best and they are free!!! And after your children, little brothers, little sisters, nephews, grandchildren, weird neighbor kids, and others, etc. finish seeing our movie that’s what they will be doing anyways so practice now! Take science, add a dash of imagination, 40 thousand tons of suspense and you get an experience that defines a generation!