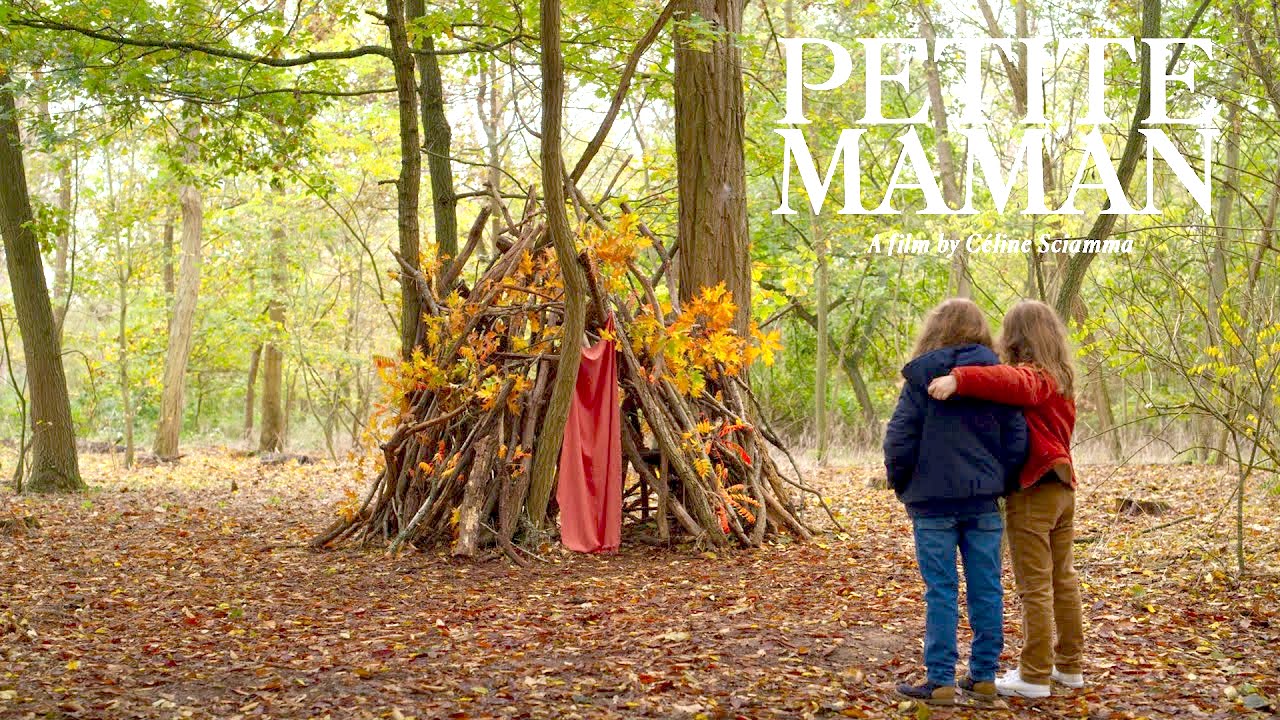 For all Céline Sciamma’s massive talent and success, I imagine that her position in a post-Portrait of a Lady on Fire world isn’t always an enviable one. How do you follow up on a film so lavished with awards, audience appreciation, and near-universal acclaim?

In Sciamma’s case, you go back to basics, such as it is. Portrait didn’t just give us a feminine gaze into history via the passionate love story between Marianne (Noémie Merlant) and Héloïse (Adèle Haenel); it dissected the very idea of the gaze itself. But Sciamma’s latest film, Petite Maman, shrinks the world down to the tender relationship between eight-year-old Nelly (Joséphine Sanz) and her mother (Nina Meurisse).

An especially shrewd decision was to strip this world (and their bond is very much a world in itself) of any glamour, centering her mother-daughter love story in surroundings which are only aggressive in their ordinariness. But there proves to be magic in the mundane when Nelly, still in pain after the death of her beloved grandmother, returns with her parents to clean out her mother’s childhood home in the woods and meets another eight-year-old girl, Marion (Gabrielle Sanz), who bears an extremely striking resemblance to herself. It isn’t long before Nelly realizes why there’s such a resemblance between them: Marion is actually her mother.

Sciamma doesn’t bother to explain just how or why Nelly is able to travel back in time, content to allow Nelly and Marion’s relationship unfold as she builds on the real sibling chemistry between the Sanz sisters (or twins?), who are making their film debut here. It also doesn’t hurt when you have Portrait cinematographer Claire Mathon to make every hint of color come alive as Nelly connects with her mother in a way which would be unfathomable for most of us.

But if there’s a question left unanswered by this film, it isn’t in how this time travel is happening, but why it’s needed in the first place. There does indeed come a time when a child is shocked to discover that their parents are not only human, but they actually resembled the person they are now at some point, but Nelly already seems more accepting of this truth than most, casually and lovingly caring for her mother and sharing a closeness with her that would make a dysfunctional family’s collective head spin.

The people who populate Petite Maman almost seem like otherworldly creatures in how they uniformly show each other not just love, but respect. No one shows a hint of anger because there’s no need for it, with the young Marion even unquestionably accepting the truth when Nelly decides to share it. As The Good Place pointed out, Heaven is “just having enough time with the people you love,” but when it’s nearly indistinguishable from real life, how can you tell the difference?

If there is anything to be gained, it’s Nelly realizing she’s not the cause of her mother’s sadness and getting that treasured extra time with her grandmother (Margot Abascal), who’s very much alive in the past Nelly visits, but I found myself wishing that well-adjustment made for better viewing during the brief 72-minute runtime that somehow still felt far too long. Sciamma’s filmmaking genius is such that something memorable can’t help but emerge even in a story so utterly devoid of conflict, but one can’t help wishing that even a slow simmer like this could’ve led to some sort of glorious flame.