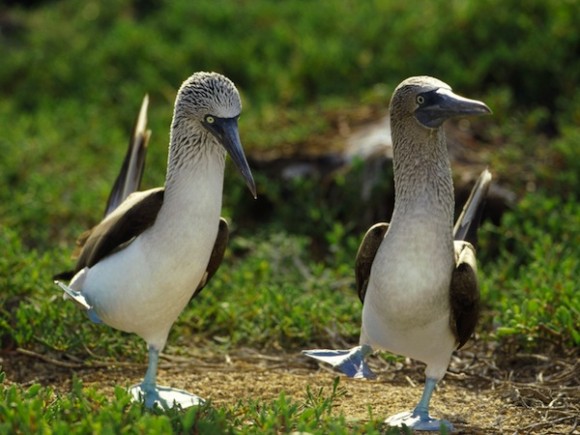 Okay, so, those are a pair of (blue-footed) boobies, dancing at their own personal dance party. But that’s not what this post is about. This post is about breasts. Glorious female breasts, in costumes. Breasts that are not doing anything sexy, not nursing babies, just wearing costumes and being hilarious. Because boobies are kinda funny, and it’s about damn time we celebrated it.

But like I said, there are pictures of breasts after the jump, and while they are in costume, they are still breasts, and you might want to be aware of that if you’re reading at work.

I first witnessed this wonderful phenomenon of breasts engaging in cosplay on io9, which was featuring breasts wearing horror-themed costumes. But that led me to the site Tit Thinks It’s People, where the themes were not limited to just horror, but all kinds of things! Like breasts dressed like a bunny! 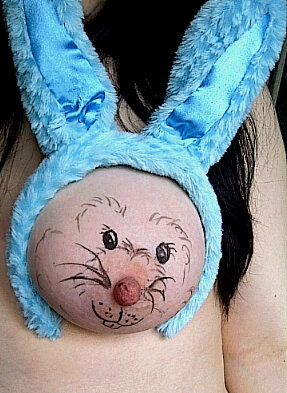 Here’s one dressed like a ringmaster at the circus! 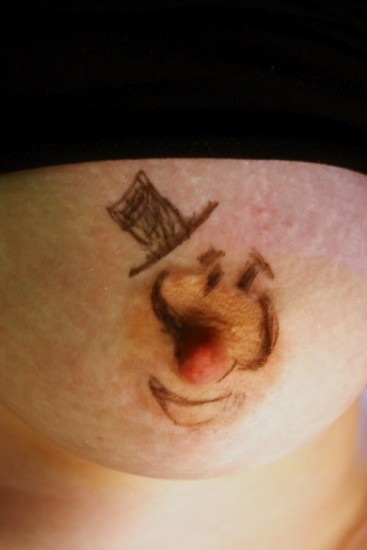 This one is wearing a sombero! 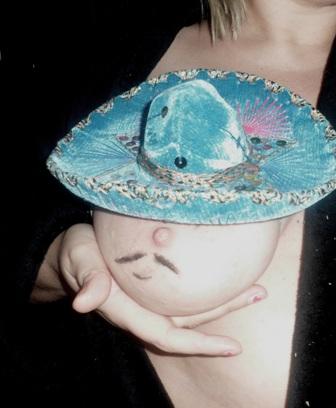 And, finally, one of the horror-themed titties, Freddy Kreuger! 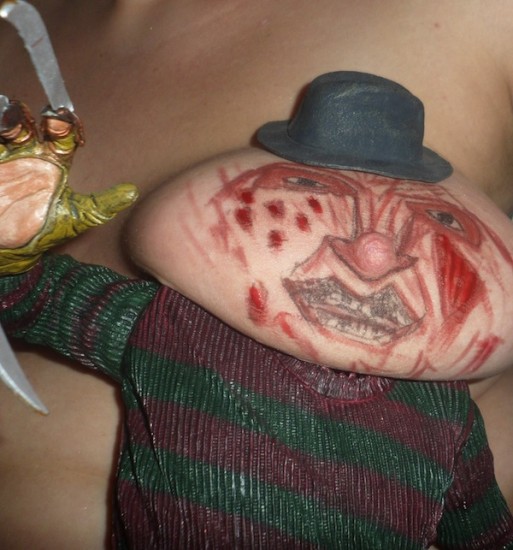 Here’s why this is an important web site on the internet: Because it’s time that we really embraced our breasts. They are ours. For a short time, for a portion of us, they are for nursing our babies, but they are part of our bodies. (Unless, heaven forbid, illness takes them away from us.) They serve no real sexual purpose, and they don’t belong to the gaze of men. They are ours, and they can be funny. FYI, they accept submissions, but not if faces are included.

I’m going to say it: Tit Thinks It’s People might be the Bridesmaids of the internet.