We are not ready. 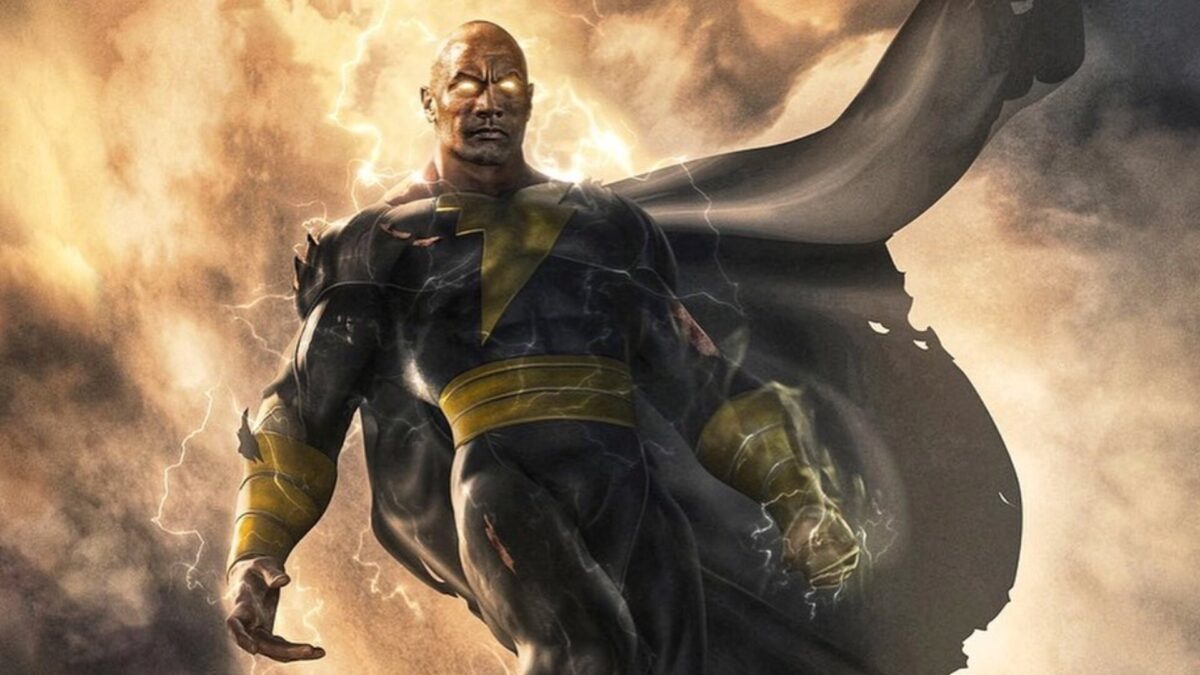 DC FanDome dropped several new sneak peeks and trailers today, but none were more anticipated than Dwayne Johnson’s long-awaited turn as Black Adam. Johnson premiered the first look at the upcoming film, which introduced Pierce Brosnan’s Dr. Fate; Aldis Hodge’s Hawkman; Noah Centineo’s Atom Smasher; Sarah Shahi’s Isis; and Quintessa Swindell’s Cyclone. “This is the kind of project that comes around once in a lifetime. And the truth is, I was born to play Black Adam,” says Johnson in the teaser.

We see some explorers come upon a floating crown deep underground, among some ruins. Black Adam, clad in a hooded cloak, quickly decimates the intruders, frying one man into a charred skeleton with the touch of his hand, catching bullets, and floating above his attackers. As Johnson is fond of saying, “the hierarchy of power in the DC universe is about to change.”

He is ruthless.
He is unstoppable.
He is the reason the hierarchy of power in the DC UNIVERSE is about to change.

Black Adam has long been a passion project for Johnson, who has been in talks to play the character since 2007. In that time, the Marvel cinematic universe exploded into the mainstream, as did a rush of fellow superhero projects. One would have to assume that Johnson has been offered his fair share of superhero roles, but he’s remained steadfast in his ambition to bring Black Adam to life. The character was rumored to appear in Shazam! as a villain, but but will instead headline his own anti-hero saga.

If you need a refresher on all things Black Adam, our own Princess Weekes breaks down the history of the character. She describes the latest incarnation of the character, writing:

“Black Adam’s most recent origin reboot came under the work of writers Geoff Johns and David S. Goyer. They redefined Adam’s personality and background, transforming him into a tragic figure who is driven to murder after the slaughter of his wife and children. After getting his revenge, the wizard Shazam removes Adam of his powers and kills him because revenge is not pure. This is also when he is changed from being Egyptian to Khandaqian.”

“Despite the frustrating “women in refrigerator” element, it is very likely that the last backstory will probably be the version Dwayne Johnson plays, because The Rock’s brand is good guy, and it allows him to have a Punisher-like edge while still being seen a hero, or at least a complex antihero. He is still best known for being an arch-enemy of Shazam and I’m hoping that we do get some of that because we need more good POC villains.”