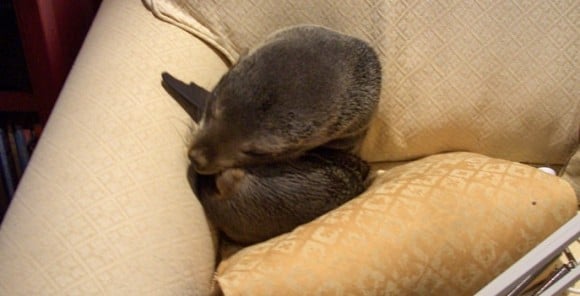 So, among the things that happen in the daily life a normal New Zealander, besides a day trip to the set of The Hobbit — adorable baby fur seals sneaking into one’s home through the cat door and crashing on the couch! Tauranga resident Annette Swoffer came home this past weekend to find the baby seal pictured above just making itself at home on her couch. Want to see more? Full-sized pictures and a video are after the jump!

According to the New Zealand web site Stuff, Swoffer was confused as to what kind of creature was lounging, uninvited, in her home:

“I was looking at it thinking, it’s got flippers, it’s not a cat or a dog … I thought I was hallucinating … “I said to [my friend] ‘what’s that?’ and he said ‘a seal’ so I know I wasn’t having a stroke or something. … I got a shock. It’s kind of like finding an elephant in your house.”

Here are the full-sized pics (click for the larger version): 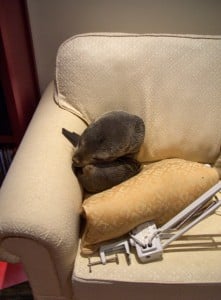 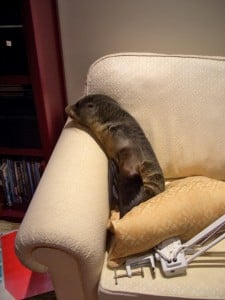 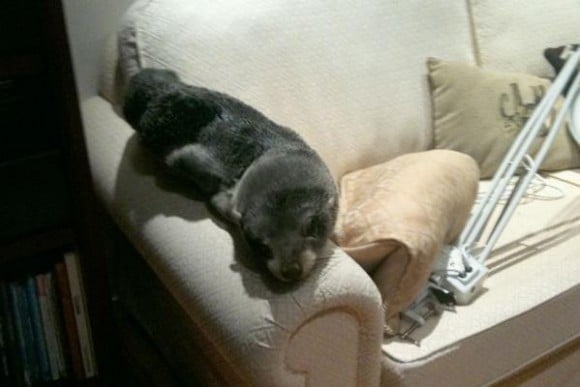 The raw video taken by Swoffer can be seen at Stuff, but here is a more detailed news report at The Huffington Post.

Fortunately, this baby seal — who was named Lucky — was unharmed and returned to its natural habitat. It’s actually not uncommon for young fur seals to be separated from their mothers while the latter searches for food for the family. But Lucky probably wandered a little further from home than usual. And will be asking for a cozy leather couch for Christmas.