No need to feel bad for murder when your target is revealed to be worse than you! 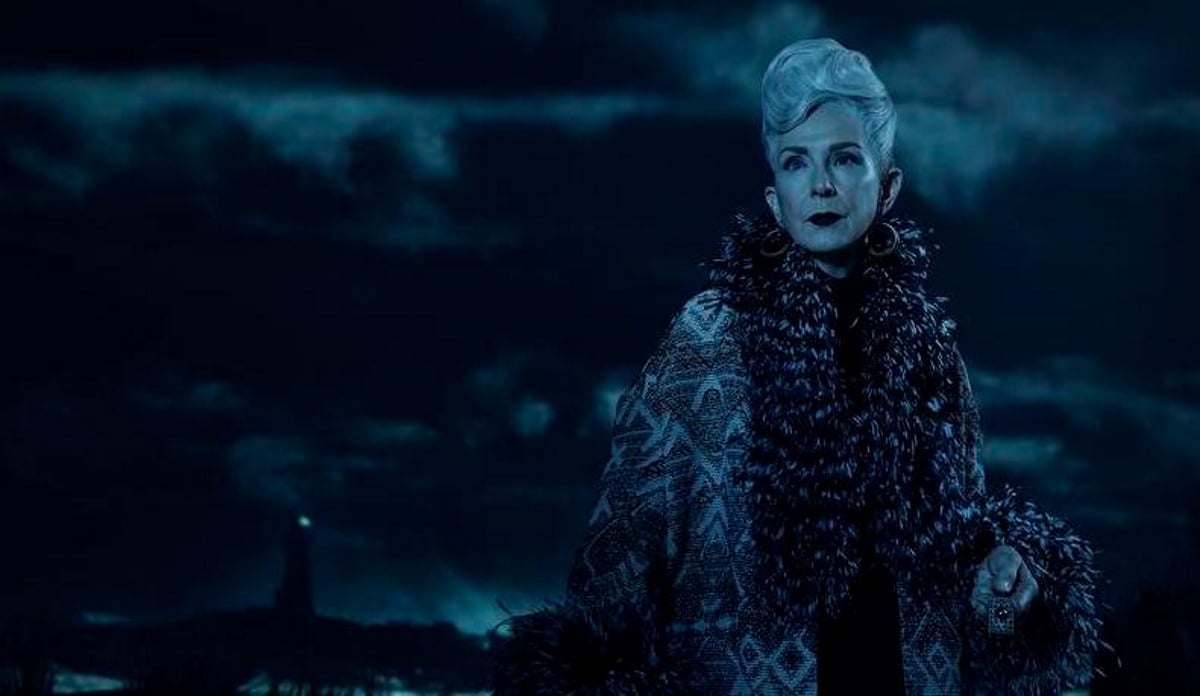 I’ve come to terms with the fact that I will always be at odds with American Horror Story. Sometimes, I’m really into a season, and other times I’m looking at the ending to the recent anthology series (American Horror Stories) and wondering what the hell I spent my weeks watching.

That being said, every time a new season is announced, my reaction is:

When it comes to the current season (Double Feature) I’m, again, at odds with the show. As a writer, the premise is extremely relatable. After all, what creative hasn’t wished that you could take a pill that instantly grants you the drive it takes to be successful? Interestingly, this magic pill doesn’t give you any sort of talent; it enhances what’s already there, helping you crank out a book in a day and, apparently, have Netflix in your inbox clamoring for more.

It basically unblocks the writer’s block so you can write until you’re done, and somehow, the thing you write is always good—if you’re talented.

How do you know you’re talented?

Basically, you’re destined to become a vampire, but the kind of vampire you become varies based on your level of talent. Are you Lady Dimitrescu or a low-level vampire grunt that can’t control the hunger—you know, the kind we’d kill off to level up in a video game.

Um … take a pill and find out?

I doubt that the series will define what dictates what is and isn’t “talent” or address the fact that audiences have varying definitions of what is “good,” but it does at least go into the moral dilemmas of literally choosing violence for the sake of your career.

It also, to my delight, highlights how hypocritical these “talented” folks are.

Belle Noir (Francis Conroy), for example, is pretty judgmental about other drug users in town … even if she’s a drug user, too—one who has no moral qualms about killing people so she can live. According to her, it’s okay that she’s killing people because she’s going after the “lowlifes” in town who have nothing to contribute to society. To her, they’re finally doing something with their lives by being her food, because it means she can live on to put her creativity out into the universe.

It’s messed up logic, but I LIKE that these two have rationalized their actions in such a messed up way. It’s gloriously flawed, but presented in a convincing way that enchants those who are desperately trying to catch a break in their creative career. This is demonstrated with the main character, Harry Gardner (Finn Wittrock), and even his agent, Ursula (Leslie Grossman), who decides that she can potentially run her own boutique agency full of extremely talented writers thanks to the little black pill.

But then the series does two things that I feel took away from these characters’ motivations. Not only does it give Harry an extreme reason behind his first kill, but it gives Belle a backstory with a verbally abusive, homophobic, unsupportive husband.

In the third episode of the series, Harry goes through the motions to orchestrate his first kill. Up until that point, Belle and Austin were the ones who killed, but now that Harry’s daughter, Alma (Ryan Kieran Armstrong), has taken a pill (WHY would you leave those at home, Harry?!), he has to get blood for her.

Since Belle and Austin had been the ones to kill, Harry could still kinda justify what he was doing. He himself hadn’t killed anyone; he was just drinking what was offered (or buying meat at the supermarket and putting it in a blender). Episode three could’ve been a moment where he could truly wrestle with his feelings about the situation, since he would be killing someone with his own hands.

But then it turns out his targets are worse than he is.

Suddenly, Harry is knocked out and locked in a basement. His captors are a deranged couple who plan on recording Harry being raped before killing him. Harry also isn’t their first victim, as this is something the two of them do on a regular basis for money—and because it turns them on. Insert scenes of them moaning and kissing as they talk about their horrific plans.

Well shit, now Harry has no choice BUT to kill these people. If he doesn’t, he’ll be brutalized on camera!

So instead of Harry having to really face the fact that he killed someone, he can walk away knowing that he killed a murderous couple of rapists. So much for that potential moral dilemma. Just leave the killing to Belle Noir and Austin, I guess.

Speaking of Belle Noir, in the fourth episode, we get to see her backstory. Originally, I thought that Belle Noir was just a woman who wanted better for herself and her writing career. Instead, we find out she was a wallflower of a woman with an unapologetically awful husband.

Belle Noir’s husband is the kind of condescending man who flat out hates his wife, hates his wife’s career, and expresses casual homophobia because … well, I dunno why that part was necessary. He’s the kind of grumpy old white man who says he doesn’t wanna go to a bar because of “the gays,” and I’m sure if the town were more racially diverse, there’d be some n-words in his vocabulary.

While Harry has a spouse who supports his career to a fault, Belle Noir has a husband who tells her that her writing sucks, she’ll get nowhere in her career, and who cheats on her WHILE doing a book tour with her.

It doesn’t take long to realize that he’s being primed to be her first kill, and hey, you can now feel sympathetic toward the vampire lady who wants to kill Harry’s agent for criticizing her singing.

Why did Belle Noir have to have this abusive asshole husband backstory?

Why couldn’t it be enough to have her be a woman who, like Harry, was struggling with her career so she was tempted to try the pill? Hell, why couldn’t she have a supportive husband the way Harry has a supportive wife? Instead, Belle Noir was with the equivalent of the cat hairball you accidentally step on when you’re trying to get to your coffee, and she was with that man for at least 40 years!

No wonder why she took the pill.

And I hate that we can now say “no wonder why she took the pill” instead of it sticking with the theme of “desperate creative hoping to be seen.”

Yes, Belle Noir did want to be seen, but with a man like her husband constantly in her ear about how she and her writing were trash, it stopped being purely about her career ambitions and her wanting to better herself because of her own desires. Now, it felt like a chance to get away from an abusive situation … kinda? Because she doesn’t even get to enjoy the fact that she kills him, as the story focuses more on her hunger at that point instead of any sort of freedom she may have felt after so many years of abuse.

So if his death doesn’t matter to her, why subject her to such a miserable man at all?

I’m not opposed to moments where a series pulls back the curtain to reveal that its morally questionable characters had a reason all along, but the execution of this didn’t stick the landing to me. Both cases are such over-the-top moments that feel forced in to give characters an excuse for their bad behavior. I hate that Belle Noir now has this sympathetic backstory where taking the pill felt more like an escape route from years of abuse instead of a moment where she was so frustrated with selling one book per book tour stop that she decided to throw caution to the wind. And I hate that Harry almost had a moment where he’d truly be responsible for someone’s death because of his personal desires, but it got turned into a moment of self defense.

I should also note that earlier, Harry did kill one of the non-talented creatures, but said creature had broken into his house and tried to kill him.

I just hate that both characters were given such irredeemable foils to make up for their own questionable actions. I want them to struggle with their decisions, not get a free pass because their obstacles are worse than they are.