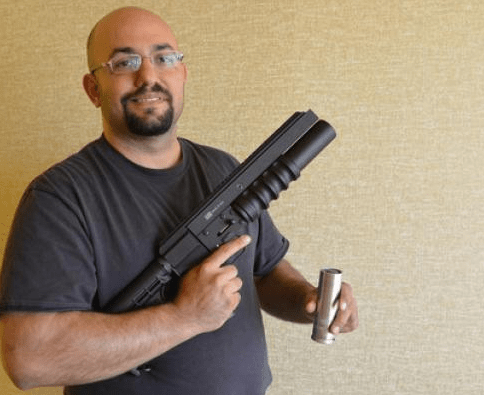 You probably were not aware, but Israel currently has a device that launches small camera’s into the air via modified grenade launcher. The camera gets launched 500 feet into the air, and provides bird’s-eye pictures to the men on the ground through a high-speed wireless connection. It’s pretty awesome. It’s also military only, for the moment. Vlad Gostom and Joshua Marpet thought it was so cool that they decided to make their own civilian version and show it off at DEF CON.

The DIY model does not, of course, use an actual grenade launcher, but instead uses a completely legal, but modified flare gun. It fires a video camera, presumably in a flare-like shape, that transmits photos back with a 5.8 Ghz transmitter. While the military applications of such a device are pretty obvious, it also has plenty of non-military uses such as search-and-rescue operations, SWAT reconnaissance, spying on your neighbors and just plain old being awesome. No telling if this cilivian model will be mass produced for law enforcement or other organizations, but it’s probably safe to say you won’t be able to pick one up at Walmart. Fortunately, it looks like you can build your own if you’re determined enough.

Picture of the camera and its casing below. 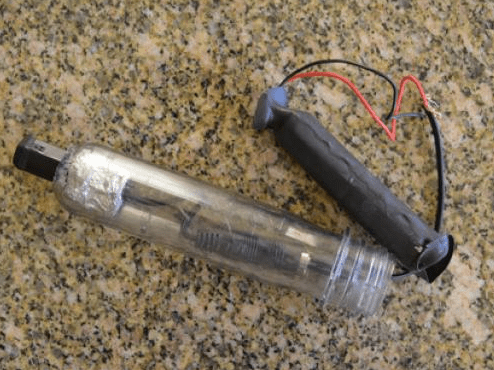